Ask Bread For All volunteer Joel for a brief historical sketch of his seventy-plus years, and he’ll in turn ask if you’ve ever heard of the USS Liberty.

On the afternoon of June 8, 1967, he was aboard the ill-fated US Navy research ship as it cruised, on high alert, the Mediterranean Sea east toward the north coast of the Sinai Peninsula. Three days previous, Israel had surprise attacked Egyptian Air Force fields, the start of what would later be called the Six-Day War. The Liberty’s command, consequently, had strict orders to stay in international waters as it neared the conflict zone.

As Joel, a twenty-year-old logistics specialist, went underneath the ship’s deck shortly after 2:00 p.m. that afternoon to retrieve supplies, an alarm rang out communicating the message: Man your battle stations! Moments later, incoming jets fired missiles at the ship. Smoke and flames—from 55-gallon-drums of fuel stored on the deck, obliterated by jet rockets—engulfed the ship. Unignited napalm fuel soaked the back of Joel’s shirt as he emerged deck side in an initial attempt to reach his station. The napalm severely burned Joel’s back and he had no choice but to temporarily retreat for cover underdeck.

Thirty-four men on the USS Liberty died that day, and 171 suffered wounds and injuries. The smoking and pockmarked ship didn’t sink, and eventually harbored in Malta for repairs. While in Malta, Joel visited St. Paul’s Island, where the Apostle, according to its islanders’ interpretation of chapters 27 and 28 in the book of Acts, had shipwrecked. Joel was one of fifty remaining sailors—the Liberty originally had 296 men—that brought the ship home to the Virginia coast. In the ensuing years, Israel apologized for the attack and paid reparations to the surviving family members of those killed in the attack.

Joel was honorably discharged after the attack—from which shrapnel lodged in his right thumb—and was decorated with the Purple Heart. He enrolled at SW Texas State College (now Texas State University) the next fall. He met his future wife, Audrey, at the teachers’ college in San Marcos and they married in 1970.

He managed a Luby’s Cafeteria after graduating from college. The many hours—“I never got to see my wife”—taught him all he needed to know about the restaurant business. Joel stayed on the job for only four months. He went to work, thanks to the advice of his brother Gordon, for the Texas Department of Motor Vehicles and continued his military service as a US Army reservist. He and Audrey raised two children, as she taught at elementary schools in the Hays and Eanes school districts.

During his years of military service, Joel’s work tasks oftentimes related to food and food delivery. As a reservist, he worked on refrigerator ships that delivered food, and later helped deliver food to construction battalions. Food has been a love of Joel’s since he can remember. “My mom loved to cook, and I loved to eat.”

Joel and his brother were raised in the Christian faith at First English Lutheran Church, just north of the University of Texas campus. After Joel and Audrey married, they attended Holy Cross Lutheran and later took their children there. When the children moved away for college, Joel and Audrey joined Abiding Love Lutheran and Joel helped establish Abiding Love’s food pantry in January 2005. He had a Chevy Tahoe truck and went to the old Central Texas Food Bank location on South Congress Avenue to pick up food for the pantry. He’s closing in on fifteen years of continuous service, and now picks up food in a large-bed Toyota pick-up at the food bank’s new location on Metropolis Drive in southeast Austin.

When asked why he volunteered to pick up food for the pantry, he simply says, “There was a need, and I was available.” He then quotes the prophet Isaiah, and says with a gentle smile, “Here I am, Lord, send me.”

On Tuesday mornings, Joel picks up leftover bread and any other items from Bread For All and delivers them across I-35 to the Arbor Terrace Apartments, a low-rent housing facility for single adults. Every other Wednesday, he volunteers to drive fellow military vets for doctor appointments or surgeries at the Veterans’ Medical Center in Temple. On Fridays, he picks up surplus food from Whole Foods and brings it back to refrigerators and freezers at Abiding Love for distribution on Mondays.

Joel has never forgotten that he’s lucky to be alive. The details from the June 8, 1967 attack on the USS Liberty are still sharp in his mind and motivate him to help others. “It’s all about serving God and country.”

Thanks for your good service, Joel. May God continue to bless you and all of our food pantry volunteers with courage and compassion, those traits so needed to enter into service—and those traits, as if an unbroken circle, reinforced by it. 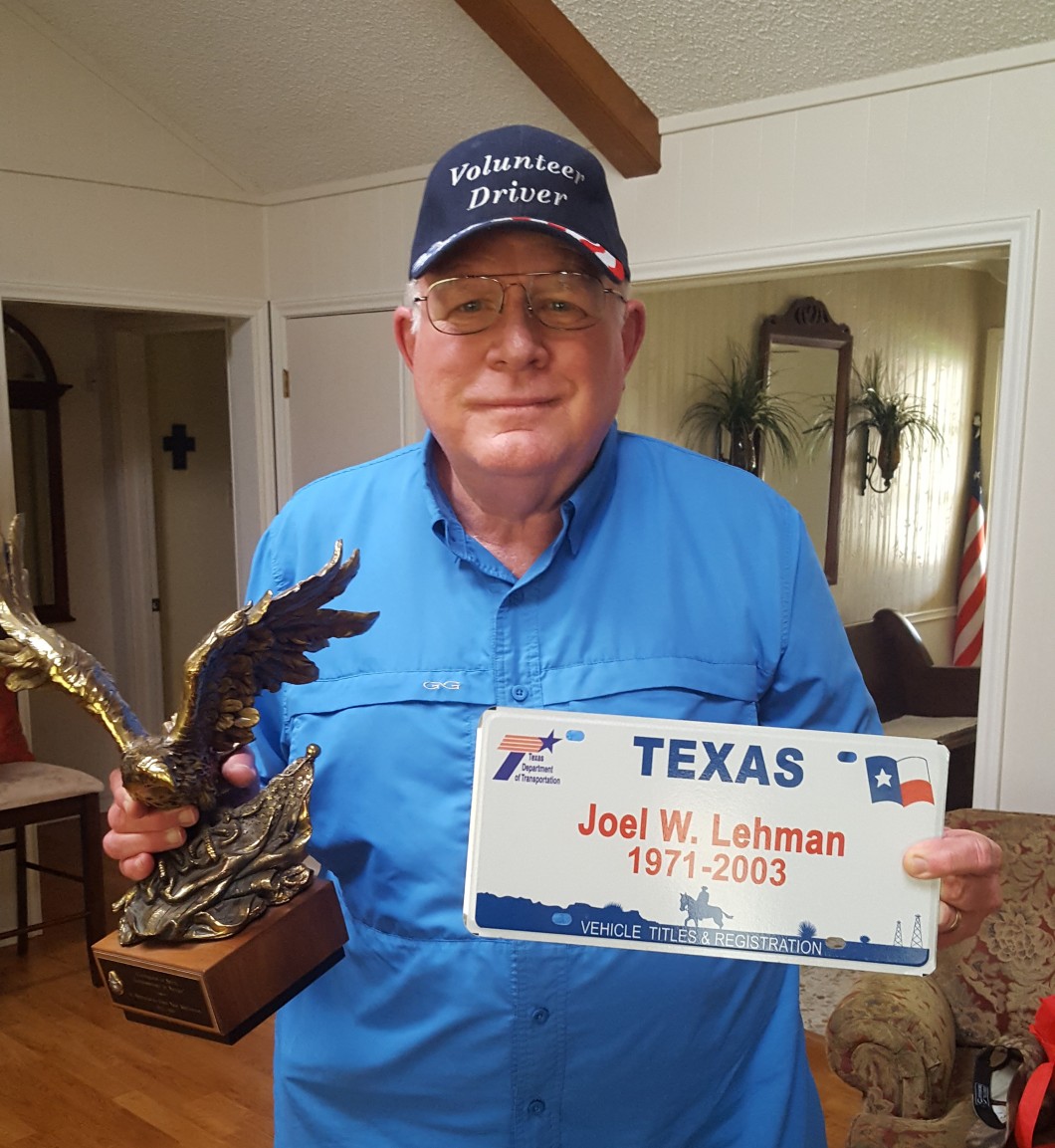